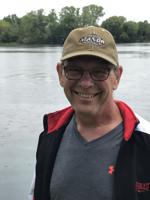 Over the last 35 years nobody has dedicated more time to Minnesota Waterski association than Larry. He has helped set up MWSA tournaments for over 30 years. He personally built all the judging and video towers that were used on Island Lake and continue to be used at various tournaments and donated all his time. If something was broke, Larry fixed it. He is always one of the first people at the tournament and the last to leave. He is a three event senior judge, senior driver, regular scorer, and Safety director. He has Chief judged numerous tournaments, chief scored tournaments, been safety director, tournament director for the Island lake 2 round for many years. He has been named a driver and appointed judge at the Midwest Regional tournaments. He was the Treasurer of the Minnesota Waterski Association for many years. He has judged/scored at the Regional and National level. 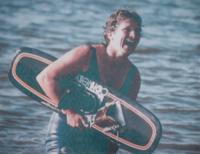 Joyce Quitevis was very active in the sport at the local, regional and National level.

Some of the things that come to mind was her participation in all three events.  She placed numerous times in many tournaments.  She won 2nd place Jumping at the Nationals.  She was an avid show skier, and was a member of one of the first all-female pyramids; even performed in on New Years Day on the river.

Joyce was a Senior Judge, Senior Scorer, and officiated at more tournaments that one can count.  In the words of Nito, she was also a darn good driver...  She was an appointed judge at the Regional's and Nationals, and eventually Chief Judge at the Nationals.  She promoted the FCA when it was still in it's infancy with the AWSA.  She was my "office manager" when ex-husband Nito Quitevis was Regional Director and National Director.  She was also a recipient of the Tommy Dorwin Award at the Regional's for Sportsmanship.

Joyce was every bit as involved behind the scenes as any of those involved with the AWSA.  She learned the rule book, and how to apply it from the Ed Buhr.