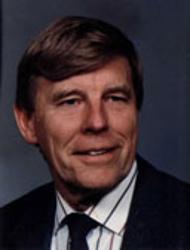 Roger first started skiing in 1954 and began competing in 1959. He has competed continuously since then in slalom, tricks, and up until a few years ago, jumping.

He and his wife Joanne live on Prior Lake where they raised 3 children, Brad, Kim, and Jenny. They all have been active competitors and show skiers. Today their grandchildren ski as well. Joanne also holds AWSA judge and scorer’s ratings.

All of their children have competed on the local, regional, and national level, as well as showskiing, both with the Prior Lake show and professionally. Brad won Men 1 Tricks at the 1997 Nationals. Roger, Joanne, their children and grandchildren continue to be very active members of the water ski community. In addition to skiing, Roger and Joanne are always volunteering their time as judges and scorers.

His role as a Mastercraft Boats promotional team member is well known. Whether towing a boat to a tournament or wearing Mastercraft clothing, he and fellow MWSA Hall of Fame member Jim Petersen definitely carry the titles of “Mr. Mastercraft.”

In the off-season he spends time at their condo in Florida, and when home in Minnesota, Roger enjoys snow skiing and other sports. He’s been a ski instructor at Buck Hill and and currently ski races with the Twin Cities Ski Challenge.

Roger and his family have always and will continue to be known as the skiing Wahl family. Roger’s dedication and love of the sport of water skiing over the years deserves him the honor of being in the Minnesota Water Ski Association Hall of Fame.