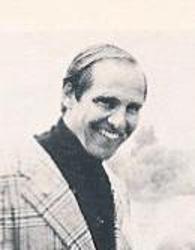 Resident of St. Cloud, MN. Grew up in Minneapolis, learning to water ski at the family cabin on Elk Lake, near Zimmerman. Life long interest in watersports, was a swimming champion in high school. Raced class A & B hydroplane boats with Mercury 10 & 20 HP Lightning engines in the early 1950’s.

Currently a mechanical engineer, working in St. Cloud. Dave was known as a premier trick skier, and a technical innovator. He also played a mean guitar. In many ways, he put Minnesota on the map in the waterskiing world. He was a great influence to skiers to skiers from all over the world